Volkswagen’s Golf is 2013 Wheels Car of the Year 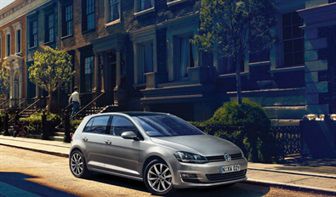 Volkswagen’s seventh generation Golf has been named 2013 Wheels Car of the Year overnight at a gala event in Melbourne.

The multi-award-winning Golf outclassed a field of 51 eligible vehicles to collect what is widely regarded as one of Australia’s most prestigious automotive awards.

To receive this honour, the all-new Golf impressed Wheels’ highly respected panel of seven expert judges throughout a rigorous week of testing.

Wheels magazine editor, Glenn Butler, lauded the Golf’s consistency in all of the criteria; “The Golf VII is satisfying to drive, serene to ride in and superbly user-friendly.
“Volkswagen seems almost to have set out to create a car to excel in every one of the five Wheels Car of the Year criteria. And, quite simply, the Golf has aced it,” he said.

Veteran judge John Carey summed up the Golf’s achievements; “The wonder-workers of Wolfsburg have created a Golf that’s better in every way that can be measured. And the increments are anything but miniscule.”

“From the smallest, thoughtful details to the biggest basics, this is a car that never falters. Its breadth of talent, it’s almost annoyingly persistent perfectionism and its unrelenting satisfaction make it something truly rare… a car for all reasons.

“This is one of the most worthy Wheels Car of the Year winners ever,” he wrote.
Receiving the award on behalf of Volkswagen Group Australia, Managing Director, John White, commented on the win: “It is a great pleasure and honour to receive this award on behalf of so many in the Volkswagen family.”

Locally, the new Golf has also claimed victory in Wheels magazine’s Gold Star Value award for the 90TSI, and Motoring.com.au’s Family Car of the Year Under $30k.